7 Ways To Drum Up Christmas Spirit

Posted on December 22, 2014 by kamrynwhowanders

The first image that popped up when I typed “Christmas” into Google.

I am feeling extremely Christmassy right now, so, as an early Christmas gift to all of my beloved readers, have a massive list of EPICLY FESTIVE THINGS YOU CAN DO TO INSPIRE AN INTENSE FEELING OF CHRISTMAS SPIRIT.

1. Activate the snow feature on your blog. It’s under general settings, the little box at the bottom that says “Have your blog snow until January 5th.” When you move your mouse the snow moves away from it or towards it at varying speeds depending on the day. Look, I have it on, just move your mouse from side to side and giggle gleefully to yourself.

See that little checkbox at the bottom? Yeah, that. Hurry, there’s only, like, ten days until the feature evaporates into the aether.

2. Wear the ugliest and most garish festive clothing you can. Such as one of the hats from this list. Or one of the sweaters from this list. Don’t bother trying to look cute, guys, just embrace the tacky. Otherwise you’ll end up looking unintentionally tacky, which is so much worse than having an eye-wateringly ugly conversation piece. Go big or go home.

Look at this it’s amazing. There’s a pouch to put an iPad in with the live fireplace app, and the Christmas lights over the hearth and the stockings are both real.

3. Blast funky free Christmas music incessantly. Such as these lovely free Christmas songs from Amazon. All of which deserve a listen. At least half of them will make your eyes water from laughing so hard. Such as the funky and unique song Eggnog. “I’m describing you as if you were a glass of eggnog/ but you’re not you’re my favorite glass of human.” And also the rap remix version of Let It Snow. And Jingle Farts, which is basically someone farting to the tune of Jingle Bells over the delicate sounds of bells and guitar.

4. Go Christmas-Light spotting. Look up the winners of your local Christmas Light contest, and drive from house to house blasting the aforementioned funky free Christmas music and wearing an ugly sweater. Or, better yet, participate in the contest. There are several categories where I live, such as Debatable Inflatables, which requires a minimum of eight inflatables to enter, the Clark Gable category, which is an exercise in “How Many Lights Can You Fit On Your House At Once” and usually has the lights flashing in time with a Christmas song that is played on incessant repeat on a specific radio station the homeowner has rented. It’s intense. And then there’s the Norman Rockwell category, which is old fashioned, traditional, and nostalgic. There’s a few others, but those are the most interesting.

My family in front of the winner for this year’s Debatable Inflatables category. Griff, the tiny one in the front, spent the entire night screaming “LOOKITTHAT” in excitement every time he saw Christmas lights.

5. Put tinsel on everything. EVERYTHING. In fact, why not just make a festive cannon for MAXIMUM TINSEL EXPLOSIONS. Come on, do it for science! Do it for Christmas! Do it for the vine! In fact, why don’t you cover your tinsel cannon with TINSEL?! (Warning: Apparently, if you try this, there is a moderate chance your tinsel cannon will explode and send you to the emergency room, and a very small chance of aggressively festive death. DO. NOT. OVERPRESSURIZE. YOUR. CANNON.)

6. Make Christmas cookies. Gingerbread, sugar cookies with little Christmas trees on them, snickerdoodles, candy cane cookies, shortbread, the entire AllRecipes Cookie Countdown list. All the cookies. All of them. Put them out for Santa or EAT THEM ALL, it doesn’t matter, it’s Christmas. Well. I mean. If you have a severe peanut allergy you probably shouldn’t gobble peanut butter cookies because it’s Christmas. Or diabetes. BUT ANYWAY EAT ALL THE COOKIES. 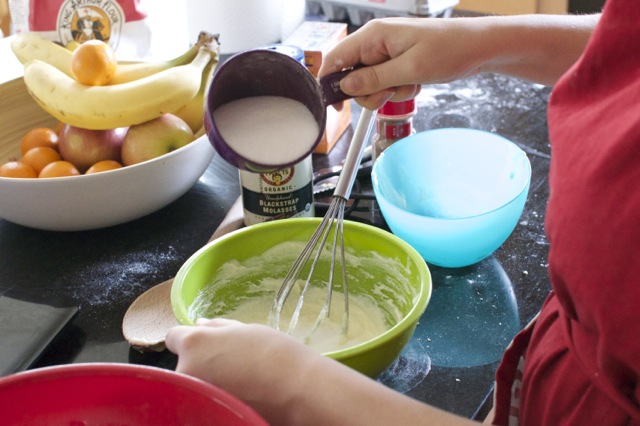 3 Responses to 7 Ways To Drum Up Christmas Spirit